Pharmacy Track: Outlook of 340B Program

Amid lawsuits from pharmaceutical manufacturers and a new HHS administration, the 340B Program faces an uncertain future. For pharmacy leaders, the unpredictability of reimbursements impacts your ability to care for patients, your supply chain operations, and your financial outcomes. In this session, we will cut through the uncertainty and review the outlook of 340B Program, including the current status of litigation and the Biden administration’s actions to date. We’ll also offer strategies to reduce the impact of these reimbursement uncertainties. 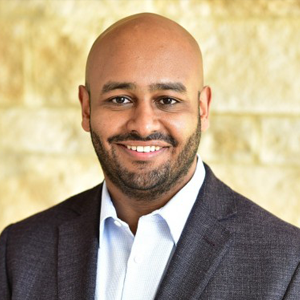 Full Name
Abel Haile
Title
Manager
Organization
Deloitte & Touche LLP
Speaker Bio
Abel Haile is a Deloitte Advisory Manager with nearly 10 years of health care experience. Abel works in the Deloitte Risk and Financial Advisory practice and has experience project managing multi-faceted and cross-disciplinary health care engagements including: (1) analyzing health care data to identify opportunities and compliance concerns; (2) reviewing relevant governance and oversight documentation, including policies and procedures, as well as; (3) assisting with third party audits and performing fraud waste and abuse analysis. Abel has assisted hospital systems with their 340B Drug Pricing Program, and he has worked in tandem with his clients to optimize and increase compliance within their 340B Drug Pricing Program. By leveraging his background in pharmacy and data analytics he has been able identifying system inefficiencies potentially leading to non-compliance. Prior to Deloitte, Abel worked for one of the nation’s largest retail pharmacy chains and led their performance and decision support team. His role(s) included automating business processes, improving system inefficiencies, and performing data analysis on pharmaceutical claims to identify areas of opportunity. 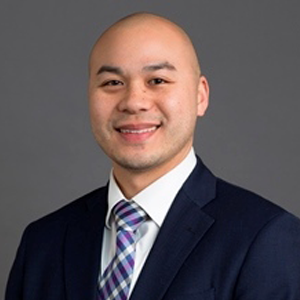 Kenny served as the inaugural director of 340B pharmacy services, starting in 2016. He managed both compliance and optimization of the 340B program, where he and his team built the program from the ground. His role evolved to include pharmacy business and analytics, in which he supported pharmacy-related contract negotiations, pharmacy projects/initiatives, and pharmacy-driven analyses. Before assuming the director’s role, Kenny served as the assistant director of pharmacy, ambulatory services, where he had a dual role of managing an infusion center pharmacy and handling all medication management for NYULH in the ambulatory care setting to promote safety, quality and standardization. Before he stepped into pharmacy leadership, he was an oncology pharmacist at the Perlmutter Cancer Center at NYULH.

Dr. Yu received his PharmD from Rutgers University in New Jersey and his MBA with a concentration in health care from George Washington University in Washington, DC. He became a 340B Apexus Certified Expert (ACE) in 2017.